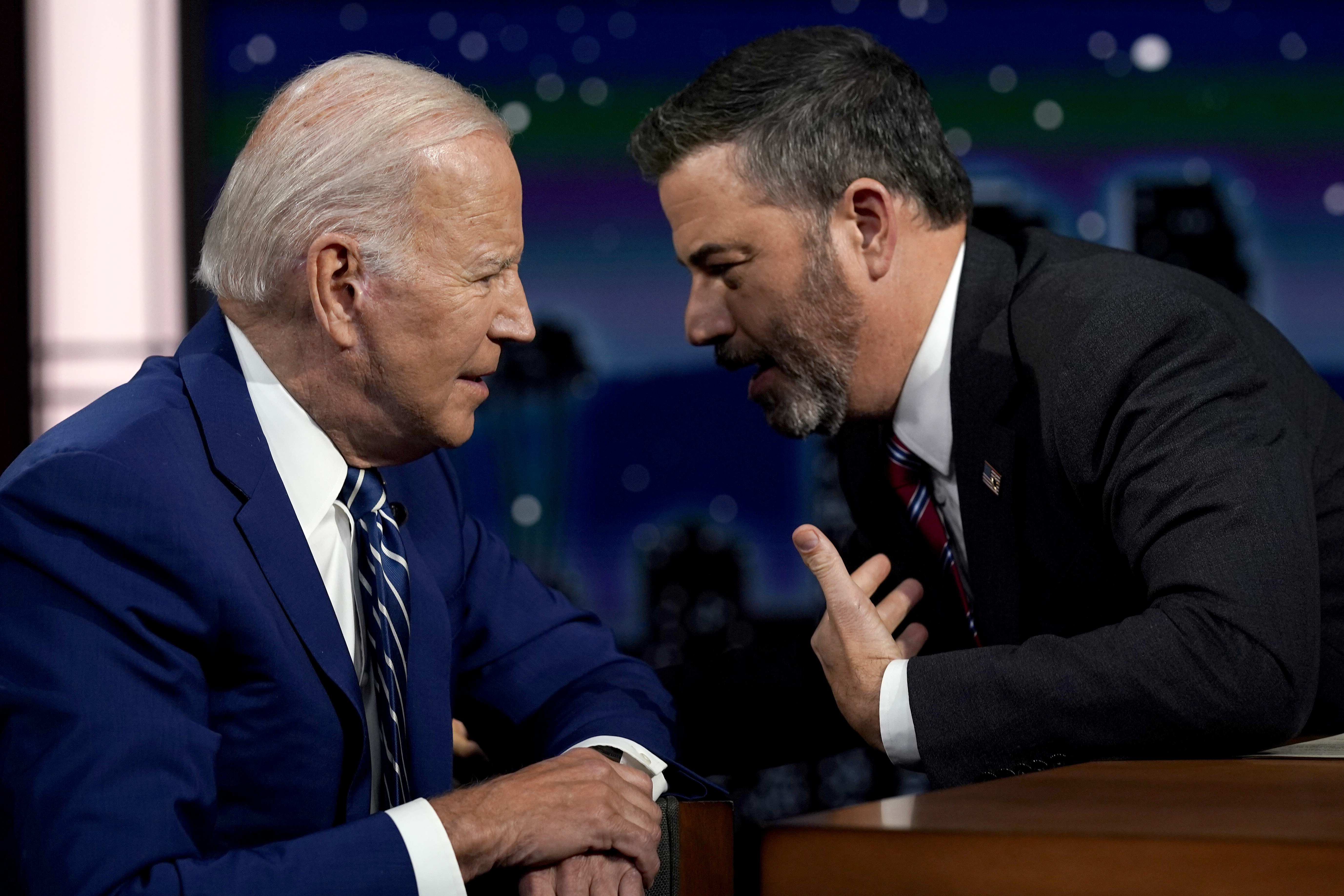 The president talked about the hours he spent with victims’ families in Uvalde, and the fear he believes is keeping some Republicans from moving forward with gun legislation.

Kimmel kicked off his segment with a series of clips of Fox News personalities talking about Biden coming on to his show. The clips featured Fox hosts claiming that it wasn’t a real interview and that Kimmel would toss the president “softball” questions. The talk show host then played a round-up of interviews from Fox News, Newsmax and others, with former President Donald Trump. In one clip, Trump was asked about his golf game.

But Kimmel’s interview wasn’t as light as one may have expected, focusing extensively on policy issues. He asked the president why he couldn’t issue more executive orders on guns, in which Biden took a swing at his predecessor.

“Look, I often get asked, well the Republicans don’t play it square. Why do you play it square? Well guess, what? Well if we do the same thing they do, our democracy will literally be in jeopardy.”

The wide-ranging conversation also addressed inflation, what Biden called the “bane of our existence.” And Kimmel touched on the Supreme Court’s upcoming decision on whether it will overturn Roe v. Wade.

“Boy these things just keep coming at you, don’t they?” Kimmel said. “What a terrible job you had.”

Biden laughed before diving into a serious answer, which was in line with message on guns. He called for legislation codifying the the right to abortion, but he said it’s another issue voters need to take to the polls.

“You’ve got to make sure that you vote,” Biden said. “You got to vote, let people know exactly what the devil you think.”