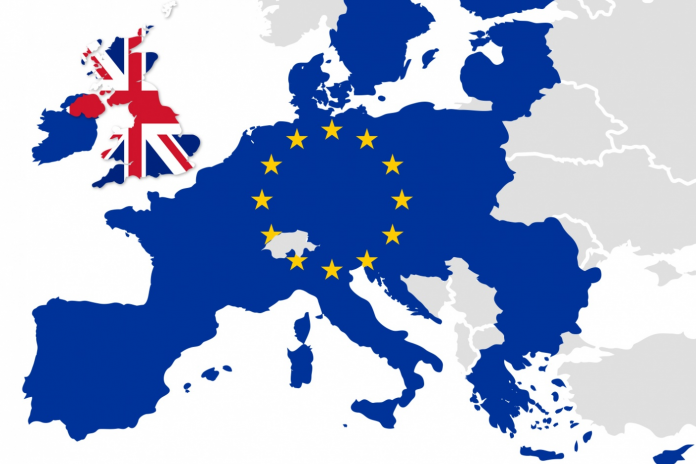 SALZBURG, Austria — Brexit “de-dramatizing” was on the red carpet at the EU leaders’ summit Thursday.

A dispute over how to prevent the recreation of a hard border between the Republic of Ireland and Northern Ireland is the biggest obstacle to completion of a withdrawal treaty between the EU and the U.K. But Irish Prime Minister Leo Varadkar on Thursday gave little hint of the electricity that has surrounded the issue.

“Well, we have a border already in the sense that there is a political border,” Varadkar reassured, as he arrived at the informal summit in Salzburg, Austria. “And a different currency is used in Northern Ireland versus Ireland for example, so a political border does exist,” Varadkar added in comments that could have come from the most enthusiastic Brexiteer.

The EU’s chief negotiator, Michel Barnier, has called repeatedly for a dialing down of the drama surrounding his proposal for a “backstop” that would prevent recreation of a hard border by effectively keeping Northern Ireland within the EU’s customs territory.

But leaders in London and Brussels are growing increasingly aware that there may be no way to take the drama and emotion out of the memories — still fresh for many people on the island of Ireland — of decades of violence and bloodshed.

Varadkar, in his remarks, made clear that a backstop would be required in order to complete a withdrawal treaty and to prevent the U.K. from crashing out without a transition period or other safeguards.

But his level tone was precisely the sort of no-stress approach that Barnier has pleaded for in recent weeks. The EU negotiator on Tuesday suggested that the EU’s backstop plan could be tweaked and modified so that it leaves little sense of increased administrative or regulatory barriers, even though the core of Brussels’ proposal — a customs border in the Irish Sea — remains.

While EU unanimity is required to conclude a withdrawal deal, Ireland holds an especially powerful veto over anything the EU might agree with the U.K. and so Varadkar’s own muted approach is highly significant.

It was polite. It was not aggressive. [Theresa May] is doing her job” — European Commission President Jean-Claude Juncker

Meanwhile, European Commission President Jean-Claude Juncker was asked for his response to U.K. Prime Minister Theresa May’s statement to the other leaders on Brexit, and studiously avoided falling into a trap of either praising May, which could hurt her with hardline Brexiteers at home, or criticizing her, which could serve to poison the already fragile negotiations.

Juncker walked a political tightrope. “It was interesting. It was polite. It was not aggressive. She is doing her job,” he said.

May’s EU colleagues are keenly aware that her hold on power is precarious, and they have been working to avoid saying or doing anything that would complicate her situation at a Tory party conference later this month.

Varadkar, who met May earlier on Thursday, was similarly even-toned in his description of that session. “We had a very good meeting this morning with Prime Minister May and her team,” he said. “Time is running short,” he said, adding: “Ireland as a country obviously wants to avoid a no deal scenario, we want to avoid a no deal Brexit, but we are preparing for that. We are hiring extra staff and officials, putting in IT systems, we are ready for that eventuality should it occur. But I think we need to redouble our efforts over the next couple of weeks to make sure that we have a deal.”

Read this next: May to EU: No second vote and no Brexit extension